How does family affect career choice? And why do Indian parents assume a duty to choose their children’s career? Abhishek Sareen discusses the underlying psychological and socio-economic reasons. Career is a Family Decision in India, Not a Personal One

India is a very diverse country with multiple socio-economic classifications. At times, it’s very difficult to generalize an opinion since multiple community mindsets coexist together. Here I will try to define India as its middle class, which a majority of Indians think they are a part of. Even the Ambani’s consider themselves middle class. Mukesh Ambani, India’s richest man, once said in an interview, “At heart, I was born middle class. It stayed in our Gujarati middle class parents, and those really have never gone out of us.”

Any Indian middle class person will agree that the effect of family on career choice of students is huge. But today we want to discuss the psychology, social and economic reasons behind this. There are so many factors that influence why parents try to make the career decision for their kids instead of letting them choose. These include the ancient Indian family life, modern Indian family structure and even healthcare costs. The vocal Indian middle class is that population that has seen their parents struggle for resources. Indian cinema of 1960s to 1980s also highly influenced this generation of parents. They had time at their disposal and acquiring materialistic goods was their greatest fantasy. Before the 1990s, India was almost like a communist state. The government was the supreme ruler, so being a government employee was a status symbol for pride, power and financial security.

Indians, after the British raj, independence, and the partition trauma, have been a very fearful and emotional society. They have always preferred to stay together in joint families, stay in densely populated areas, and shop in crowed market places, primarily because it made them feel safe. Venturing out on our own and doing something different is not the Indian middle class way of life.

Centuries of being ruled over by the British and before that, the kings, broke our forefathers’ confidence. And this risk-averse attitude passed on for generations. With an unfriendly business market and job-scarce environment, it was survival above all else that drove decision-making for Indian middle class families.

Things like passion, hobbies, adventure and interests became unaffordable for the middle classes. The family in Indian society groomed its children in a way that their parents dreamed, and well-known safe careers became their default choice.

The prevalent caste system and mythological stories like Ramayana and Shravan Kumar focus on children following their parents’ footsteps when it comes to career choices or major decisions. In the Indian culture, obedience and respecting elders is a coveted personality trait. These two stories preach, amongst many other texts, that parents should be considered as gods. Respecting our parents’ wishes is a big part of Indian family values.

The world was much simpler before the 1990s. With a lack of information in circulation, movies had a lasting impact on today’s middle class parents.

Often the parents also get influenced by popular silver screen characters’ university degree or professional status. And those messages keep getting consciously or sub-consciously passed on throughout their offspring’s childhood.

If you observe, the male lead movie characters from 80s and 90s cinema all had secure careers, selected by their parents or influenced by their family situation. For example, heroes in most movies such as Hum Aapke Hain Koun, Maine Pyar Kiya, Dilwale Dulhania Le Jayenge, and Saajan joined their dad’s business. Others, for example in Baazigar, were influenced by family history. Also, Bollywood glamorized certain professions like doctors, lawyers and police officers in 70s, 80s and 90s. Example includes movies like Anand, Zanzeer, Damini etc.

Movies also frequently showed the lead characters’ parents pass away due to the inability to pay medical expenses. This made the Indian parents subconsciously desire their kids to become doctors to ensure their health in old age.

The lack of public healthcare system is another major influencer for Indian parents to force their children to pursue careers that ensure financial security. Most job in the private sector don’t give retirement benefits to employees, forcing people to rely on personal savings for their old age.

Furthermore, according to a W.H.O report, Indians pay among the highest in the world for hospitalization relative to their earning capacity. 63% of these costs come out of one’s pocket, since the country’s majority don’t have medical insurance. This gives people a strong incentive to stay with their children and meddle with their career choices. Being close-knit has always been an Indian family tradition. People prefer staying with their children and parents for emotional and financial support. This is equally beneficial to both parties. The elderly take all major domestic decisions and ensure the family traditions pass on. The youngsters enjoy a smoothly running household and save on rent.

Parents take up the majority of their children’s expenses, even when they grow up to become young adults or earning members, including financing their marriage. In return, they expect to participate in their every decision. For Indians, bringing up their children isn’t satisfactory enough, they feel that making him or her find a good job and a spouse is also a part of their parental job description.

Close-knit societies also impact people’s decisions, since maintaining respect and dignity is crucial to surviving alongside extended family and circle of close friends. The glamorized career choices almost become a part of the Indian family system and values. 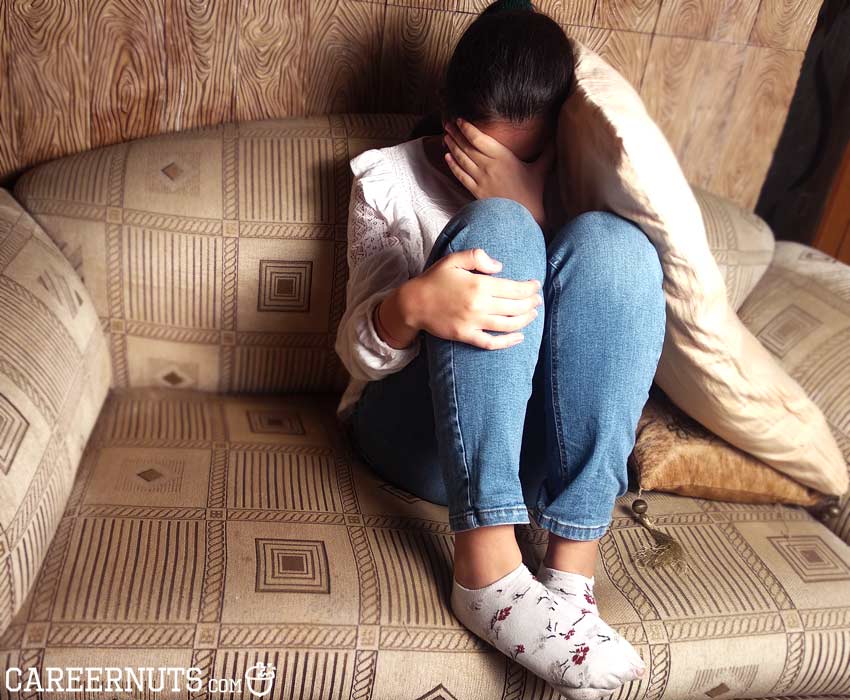 Additionally, Indian middle class is so overly conscious of their hard earned social standing that they can’t afford to risk it. So they try to micro-manage their children’s career, be it professional or marital. Their kid’s opinion is secondary or non-existent. In the process of respecting their parents, the kid sacrifices his or her own desires and ambitions.

My mom wished for me to go to IIT because some TV character she admired was an IIT student. Since I was good at studies initially, everyone expected me to take up science as a major in high school, as that’s what smart students do. My talents lay elsewhere, and so I didn’t score well in the science subjects.

Luckily for me, I didn’t get into IIT, and an engineering seat in a private college was too expensive. No one asked me if I wanted to do engineering, including me. I just hated physics and also struggled at it of course. And only god knows how I cleared it in my board exams. Passing your 12th grade or high school is the most difficult time for a middle class family kid. You don’t know what stream you are about to choose, whether you truly like it or not, whether you have an alternate option, how much can your parents shell out for a paid seat, what is everybody going after… And in the middle of this mental chaos, you just want peace of mind and are ready to take up anything. And that’s where your parents step in and make the decision for you. 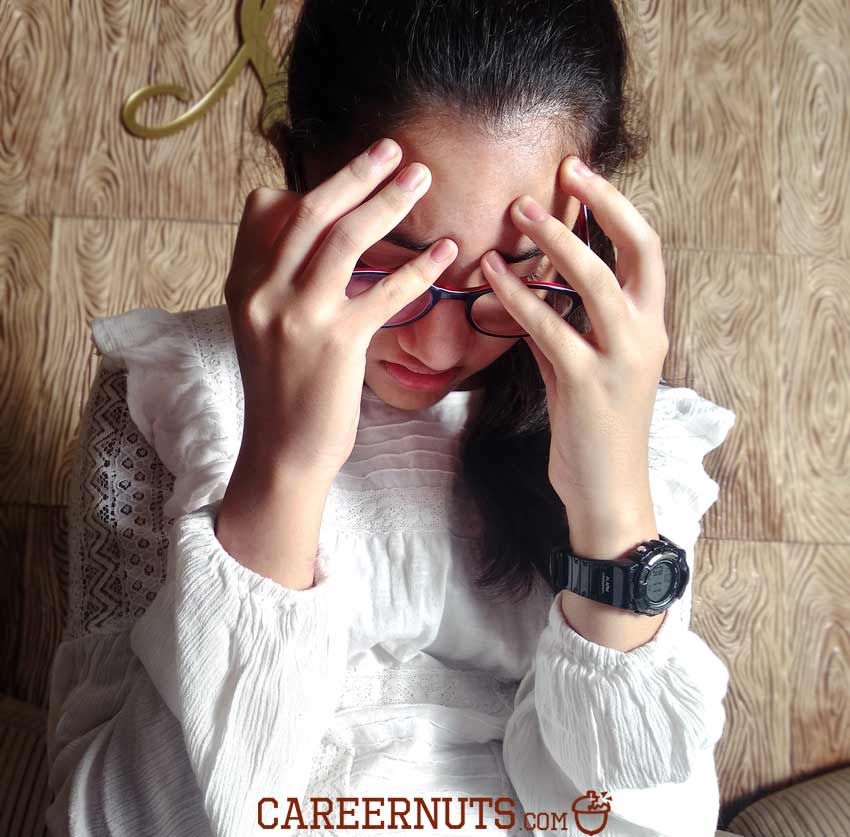 Indians – Raised to Succeed – But for Whom?

It’s impossible for any kid, in any country, to truly know what they want to do in life from the very beginning. Sometimes when they feel frustrated by answering the same question again and again, they just stick to an answer that pleases their parents the most.

Even if in a loving way, the parents manipulate their child to live their own dream. A dream where they can find their blanket of security of money and social standing. And if the child does know where their true passion lies, they often feel conflicted, “What should I choose: career or family?” A point very well depicted in the Bollywood movie 3 Idiots.

A good job in a big company is the most desired thing for an Indian middle class family. No wonder Indians make great CEOs. Afterall, they are brought up to be good at following orders, execute others’ decisions and build their dreams. They lack entrepreneurial spirit, thus they are ideally the board’s or promoter’s favorite choice. Today the Indian middle class is earning way more than their parents did, but is yet to break this middle class mindset and decide their own career path.

Abhishek Sareen is a marketing professional with over 16 years of experience. He started his career as a management consultant and currently works in international business. He has set up businesses like Track & Trail, BrooksBicycles.com and created consumer brands like Montra, Machcity and Roadeo. He’s is a passionate cyclist and participated in several endurance competitive events like MTB Himalaya. His interests are in behavioral psychology, economics and chess. He is a graduate in Computer Science and an MBA in Marketing. He completed his executive education from IIM-A in 2016 focusing on business strategy.

2 thoughts on “Career is a Family Decision in India, Not a Personal Choice”